Promoting economic growth in Algeria through the tram system

RATP Dev rolled out trams in Algeria's largest cities through SETRAM, its joint venture along with Entreprise du Métro d’Alger (EMA) and TRANSTEV. The tram ushered in a new era of modern transit, better quality of life, and economic growth.

The modern trams have air conditioning and low floors to allow access for passengers with disabilities. Passengers enjoy a high-frequency service and information system in both Arabic and French. The tram makes it easier to get around, and has helped improve the daily routine and quality of life for locals.

Easier travel is also a boon for economic growth in all cities. In fact, RATP Dev hired and trained more than 2,000 people locally, transferring its technical know-how. In 2017, it opened a rail training institute in Algiers.

All these local endeavours show that it's a win-win partnership in terms of technology, the economy, the environment, and people.

Since 2017, RATP Dev and the RATP Group Foundation have joined forces with the French Development Agency (AFD) and European Union Delegation to Algeria. Together, they support the FAIJ fund for youth initiatives through the Joussour Program. 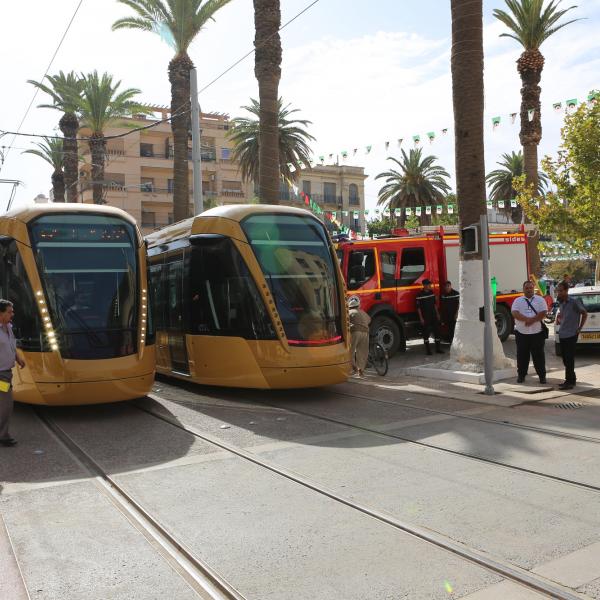 "The tram enhances city planning and brings transit up to date."

Abdelghani Zaalane
Minister of Public Works and of Transport

DC Tramway bringing the community together

A new mainstay for the city