With more than 3,900 employees, RATP Dev Transit London delivers the highest possible quality service to the passengers of its 112 routes, a service that exemplifies the values of reliability, safety and professionalism.

RATP Dev Transit London is one of the largest bus operators in London and is committed to supporting the Mayor of London’s ambitious plans for a zero-emissions bus fleet in the capital by 2034. With over 28% of its in-service fleet being fully electric by early 2023, RATP Dev will have the greatest proportion of electric buses in their fleet within the London market.

RATP Dev Transit London began with a pioneering trial of electric buses in 2014, and in 2018 began operating their first two electric routes. Today RATP Dev has 16 electric routes in operation from five converted garages. By early 2023 this will increase to 18 electric routes with an additional garage converted to electric. The four remaining garages are working towards a fully electric fleet by 2030.

RATP Dev Transit London is highly supportive of ‘green’ transport solutions and is committed to helping to improve the air quality in London for the benefit of all Londoners. 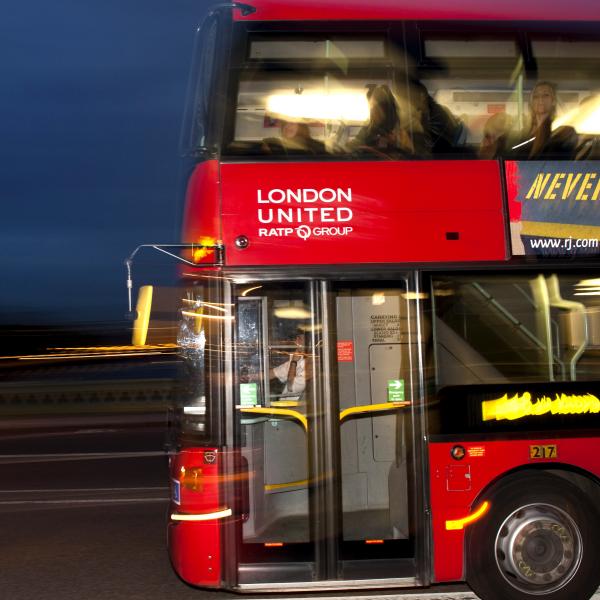 "We're delighted to work with RATP Group to offer more eco-friendly buses for London, which will help improve air quality and provide customers with a better passenger experience."

A mobility offer with multiple options to meet everyone's needs

Operated until December 2022
See our project