The Communauté d'Agglomération du Boulonnais (CAB) covers 22 municipalities around the city of Boulogne-sur-Mer. To connect its 120,000 residents, the regional authority has developed the Marinéo network, comprising 3 main routes, 7 complementary, 4 local, coupled with school services, on-demand transportation and services for people with reduced mobility.

Free shuttles cover the centre of Boulogne-sur-Mer and two lines running on market days allow residents to go shopping without using their cars.

Since 2013, Marinéo has been operated by Companie des Transports du Boulonnais (CTB), a 100% subsidiary of RATP Dev. It implements the strategies defined by the regional authority and fulfils the role of technical consultant to accompany mobility projects of the territory with a long-term vision. To meet the changing expectations of elected officials and residents, the network has been optimised on several occasions so that it can always best meet the new travel habits. One of the major projects undertaken, the moving and upgrading of the bus station, was an opportunity to introduce new passenger services such as contactless passes that can be topped up at self-service machines, and information displays indicating traffic and timetables in real time. In 2019, 96% of travellers surveyed indicated that they were satisfied with the service.

In May 2017, BTC, in partnership with the City of Boulogne-sur-Mer and the Communauté d'agglomération du Boulonnais, tested an autonomous 100% electric shuttle with a capacity of 12 people and accessible to people with reduced mobility. With on-board computers, it is controlled using cameras, sensors and 3D route recognition.

This experiment was a great success and enabled us to gather passengers' opinions on this new service as well as their suggestions for improvements. Information on performance, reliability and operational safety was also collected in order to optimise this complementary mode of transport, which is ideal for the "first and last kilometres". 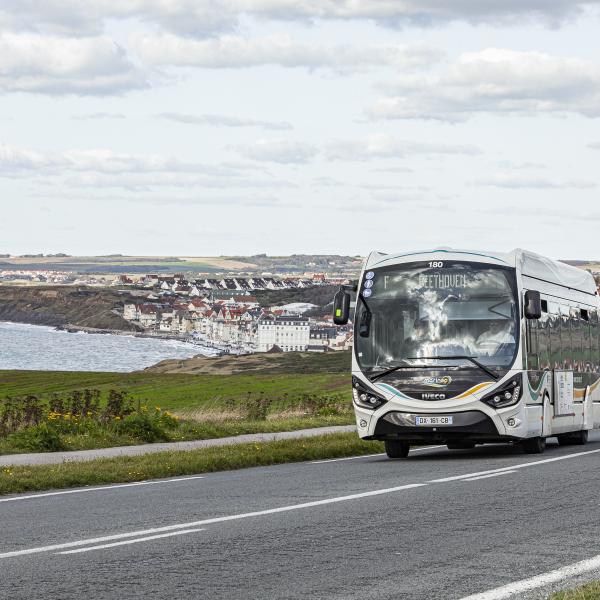 “This is an innovation, an experiment that opens up an extremely wide field for adapting public transit systems in cities. It’s comfortable, safe and fun too!”

Making transportation and mobility accessible to all in just three years