The very first tram in Florence, an asset to the Tuscan capital since 2010.

The life of locals and tourists in Florence changed for the better on February 14, 2010, when operation of the tram started. The quick, quiet, clean transit blended seamlessly into the city of art with its designer look.

Nevertheless it was a daunting undertaking with many challenges. Infrastructure was lacking and the tram cars were delivered late. However RATP Dev met the opening deadline of this completely new transport mode by adapting the operation and maintenance schedules. We even managed to deliver ahead of schedule, recruiting and training drivers and regulation and maintenance teams in two months instead of three.

Even in the first year of operation, the brand new tramway won Florentines over, with over 80% embracing it. Passenger numbers totaled twelve million – i.e. 20% more than the initial goal.

In July 2018 the T1 line (Villa Costanza - Stazione SMN) was extended to Careggi hospital. The extension now in service, Florentines can travel from one end to the other in 40 minutes with a tram every four minutes from 5 a.m. to half past midnight, and until 2 a.m. on Friday and Saturday nights. The number of passengers per year was estimated at over 20 million this year.

Less than a year later, RATP Dev opened the T2 tramway line on 11 February, 2019, connecting the city centre with Florence-Peretola airport, offering to the Florence conurbation's 900,000 inhabitants and the 16 million yearly tourists a tramway network that fully integrats in the city and makes local urban life easier.

Today, some 35 million passengers are using the tramway network every year (2019 figures) - three times more than a decade ago. The Tram network extends to a total of 16.8 km of tracks with 38 stations.

The tram has cut back on the number of cars and other private vehicles in the city. In 10 years, the use of the tramway led to 30 million fewer trips in private vehicles and a 50,000-tonne reduction in CO2 emissions. Results: Less noise, stress, and pollution make for a cleaner, and a more pleasant pedestrian-friendly city center.

With the surge in tramway usage, Florence's city centre has been transformed and keeps growing more beautiful. Car traffic does not clog streets as much anymore and passengers can move more freely nowadays.

We are already working on and supervising, in collaboration with the institutions, the construction site of the future tram line that will lead, from Bagno a Ripoli, to serve the south-east of the city, as well as following closely those already planned for Le Piagge-Campi, and the extensions for San Marco and Sesto Fiorentino. The new section will complement the current network to make Florence an even better-connected city. 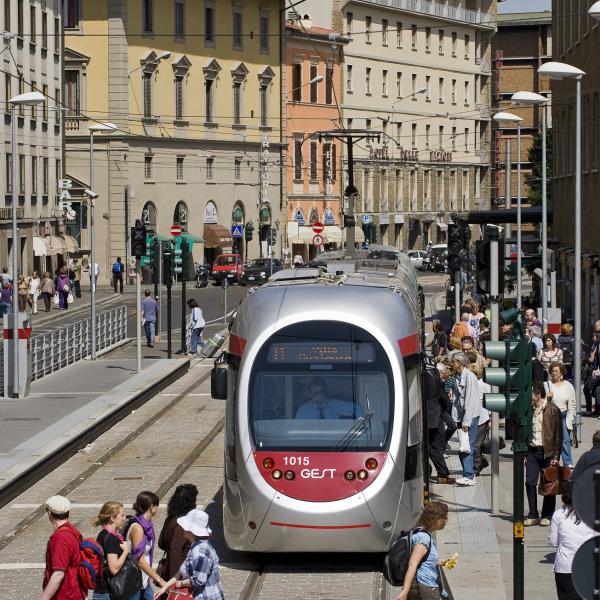 “I would like to thank RATP Dev and all of its employees who guaranteed a high level of service to the millions and millions of passengers for the last ten years.”