In 2010 RATP Dev was awarded a seven-year contract to operate Impulsyon, the transit system of the Roche-sur-Yon conurbation. Servicing some 91,000 people in 13 municipalities, Impulsyon needed a major overhaul.

RATP Dev won the contract with its offer for a structured, prioritized transit system, extended timetables that more closely match local needs, and more extensive service throughout the region. Promises kept and objectives achieved: the Group promised, through its subsidiary Compagnie des Transports du Yonnais (CTY), a 35% increase in ridership numbers between 2012 and 2019, with a controlled number of kilometers traveled, which partly influences the cost to the community.

With such a successful start, in 2017 the local council voted to renew CTY's contract for seven more years. The new contract makes it possible to continue optimizing the transportation offer and maintain service throughout the region. The routes were closely analyzed in line with the local transit master plan. Some routes were revised, and on-demand transit was rolled out in some low-ridership areas.

Other novel features have been gradually implemented throughout the system. A shuttle service was set up to Beaupuy, a high-traffic area, along with a regular route at rush hour. Part of the fleet was replaced with more environmentally friendly buses meeting the Euro 6 standard and BioNGV. A completely electric, six-meter Bluebus now operates in the downtown area, while the eTPMR – a fully-electric minibus – was also trialed for passengers with disabilities.

Accolades for our commitment

In February 2017, the French Environment and Energy Management Agency (ADEME) and the association for the development of professional transportation education (AFT) awarded La Roche-sur-Yon and CTY the prize for best collaboration between a local authority and urban transit operator. The prize was handed out at the first "Trophées Objectif CO2" awards ceremony, organized in honor of the French Grenelle Environnement summit. 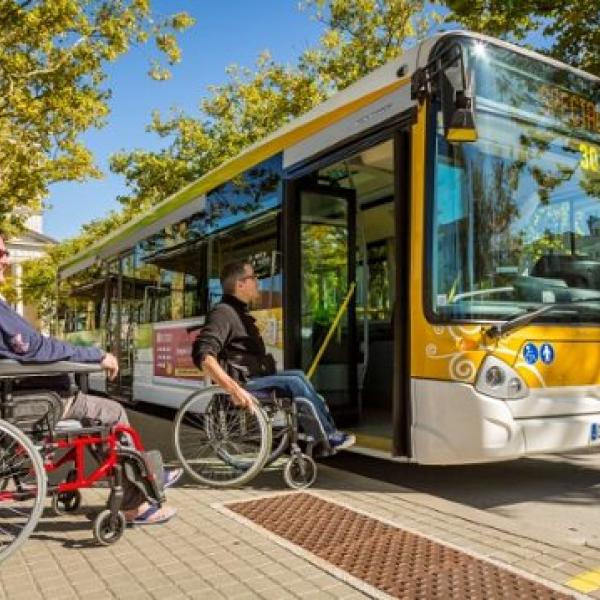 “Average fuel consumption fell between 2013 and 2019 from 34.5 to 32.2 litres per 100 km, while patronage rose from 2.5 million to 3.2 million journeys with the number of kilometres travelled remaining unchanged thanks to work on the offering carried out in partnership with the Roche-sur-Yon conurbation. A reduction in CO2 of over 160 metric tonnes is achieved each year even though more and more passengers are transported.”